Which devices are about to change our lives dramatically?

From the 2nd to 7th of September in Berlin, Germany the most important regional market  of technologies and innovations “IFA 2016” took place. The newest gadgets were presented during the show which are going to diversify our lives or maybe change them dramatically. Ignas Rumbutis, Head of Product Development Department from company “ACME Eurpe”, member of “ACME Group” shares his insights about the newest technological trends from the show. 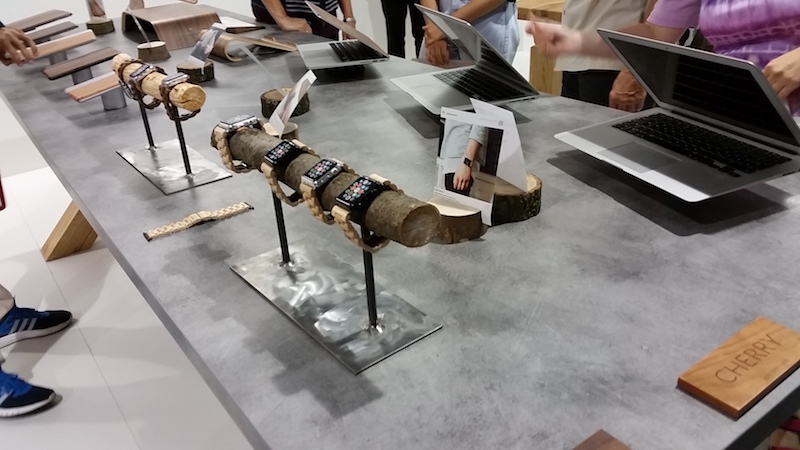 According to the specialist, the technological progress can be noticed in the following categories: wearables, smart home devices, electrical vehicles, drones and virtual reality devices. ‘This year there were a lot of wearables introduced with improved functionality. Devices count steps and calories, monitor heart rate as well as help to do breathing and other exercises, track time spent in target pulse zones, automatically identify which physical activity the person is doing, etc. The design of these devices improved significantly too. All the functions are integrated into classical watches. What is more, these wearables are becoming more and more affordable to the people.’ – says the Head of Product Development Depertment of “ACME Europe”.

Ignas Rumbutis notices the trend of 2 different industries joining their forces: the manufacturers of classical watches seek to become “smarter”, thus, join the industry of electronics. ‘For example, last year the company manufacturing watches “Fossil Group” bought the producer of electronic activity trackers “Misfit” for 260 million dollars. It is obvious that the major manufacturers of watches are looking for bridges to the industry of wearables because the following devices are becoming of mass consumption.’ – says Ignas. He also mentions that “ACME Europe” is following the trends and already distributes the wearables of famous companies such as “Fitbit” in Lithuania as well as in foreign markets, manufactures their own activity trackers.

Even more new devices were introduced in the category of smart home at “IFA 2016” comparing with the last year. ‘Despite the fact that the variety of appliances helping out in the household is growing, people choose them carefully.’ – says the Head of Product Development Depertment. According to him, the main reason for such a situation is the fact that these appliances are relatively expensive, people do not see actual value they can get and finally, they do not have enough skills on how to use them properly. ‘If I was to name one device that is the most popular and accesable for users, it would be IP cameras. One can use these cameras for recording as well as live view via internet. IP cameras help to prevent breaking ins, watch and communicate with children, elderly or even pets. We are about to introduce IP cameras of one of the most famous manufacturers “Vimtag” in Lithuania.’ – says Ignas Rumbutis.

There were a lot of different accessories in the stands of companies producing accessories for smart phones. According to the specialist, smart phones themselves did not change that much within last few years. As the consequence, the manufacturers of accessories are taking various decisions to make cell phones more functional and unique, attractive to the users. At “IFA 2016” a lot of different cables, mounts, screen protections, other little details were introduced for smartphones.

Electrical, two-wheeled vehicles were introduced only 10 month ago and already are going to the streets

‘One of the most interesting categories was of electrical vehicles. These devices were introduced only 10 months ago in Asia. Considering the fact that they were not very stable technologically, the growth of their popularity took some time. At the moment, manufacturers can offer well developed, high quality and certified vehicles affordable to the majority of the people.’ – shares the insights the Head of Product Development Depertment of “ACME Europe”. Also, he quietly mentions that they are planning to distribute such a transportation means in Lithuania and other Baltic countries.

3–4 main manufacturers introduced the newest trends in the drones category. Mostly, they were related with improved functionality of drones. However, these devices are still relatively expensive and hardly affordable to most of the people. “ACME Europe” is about to introduce drones for beginners which will be able to fly outside, will have HD camera and all other essential functions.

Virtual reality glasses are still waiting for the “golden hour”

In Ignas Rumbutis opinion, it seemed that the category of virtual reality glasses is still waiting for its’ “golden hour”. ‘The major manufacturers paid huge attention to this category. Attention may be noticed from the sales network representatives as well. However, it seems that people still need some kind of technological breakthrough to start using these glasses. To my mind, the main factors for such a situation are the lack of content for these glasses as well as high price which is 400–500 euros.’ – says the Head of Product Development Depertment.

ACME production deemed as the best performing by German testers

Smart home: improve your time at home as much as possible

We start the year 2020 renewed: the user experience is essential